New York City is being raided by zombies! 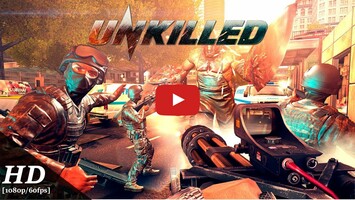 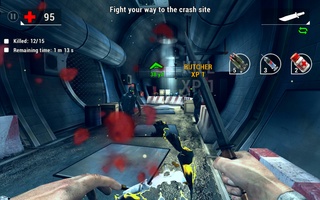 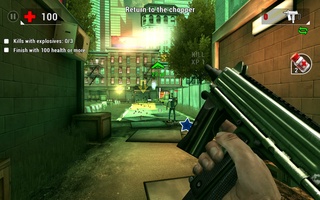 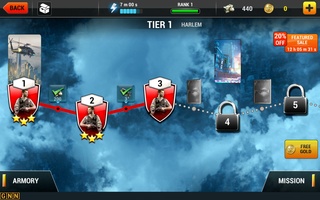 Advertisement
Unkilled is the new FPS from Madfinger Games (the franchise that brought you Dead Tigger and Shadowgun). Here, you'll play a soldier who's survived the zombie apocalypse and has to save NYC from attacks of the undead.

The story is set in a desolate landscape, where you and a few other members of the Wolfpack military unit will have to find a solution. And this, of course, will involve fighting in the streets.

Unkilled's missions are pretty short, lasting only two or three minutes. Before each, you'll be able to try out and select your weapons: pistols, machine guns, rifles, or knives, along with other special items like missiles and adrenaline injections.

One of the unique gameplay elements is that you won't have to push a button to shoot: you'll automatically open fire whenever an enemy is in sight. This makes it easier to control your character and is perfect for touchscreen devices.

Unkilled is an outstanding first person shooter whose graphics look more like they're from a console game than a game for smartphones. The story mode is quite long and includes several types of zombies that you'll have to fight against. Definitely a great shooter game.
Reviewed by Andrés López Translated by Robert Zant

Needs at least 189 megabytes of free space on your device.
Advertisement

Why is this app published on Uptodown?
(More information)

The game does not talk about why he says something wrong

A very good game. I have always been playing games on free⑨⑨⑦⑦, C0M. It has a varied game story. And the artistic style of art. It makes me refreshed, refreshed, and lingering. The perfect character h...

The game experience is very good, much better than other games of the same style. The music is very good, and the style of play is also very distinctive. Very good game, and you can make friends on it... Oct 24th, 2018 Celebrate Halloween with these 20 horror games for Android

Dead Trigger
Pure first person shooter game
Zombie Smasher
Smash all the zombies before they escape!
Plants Vs Zombies 2
The most enjoyable zombies return to Android
Dead Effect
Gunfire, zombies and blood in space
Dead Trigger 2
It's the last battle for the survival of the human race
Zombie Tsunami
Lead an unstoppable wave of zombies
Zombie Diary
You're the only survivor of the zombie apocalypse
Into the Dead
Run away from the dead as fast as you can

No.Color - Color by Number
Color each pixel and bring designs to life!
Blackout Age
Sahadan
Live results and stats for bets on this sports app
ran
News about Bundesliga and the rest of German sports
Dress Up Games
Use your fashion sense to create fantastic outfits!
Quick Game
Atm Rush
Collect money and cash out at the end
Angry Birds Dream Blast
Pop colored balls with Angry Birds